Meet your driver at the established place. Your journey begins with a highway drive to the town of Giarre and continues up along the southern slopes of the volcano. You will pass through the small village of Santa Venerina, renowned for the wines and distillates that are produced there and among which is the famous “Fuoco dell’Etna”, whose alcohol content almost reaches 70% abv.

Along the way, you might notice the cracks caused by a violent eruption in October 1992, which also caused a major earthquake. You will pass by the façade of the Chiesa del Sacro Cuore di Gesù, one of the most important in the area. Next is the village of Zafferana Etnea, renowned for the many shops manufacturing and selling honey. It will be possible to stop for a free taste of local products (olive oil, olives, honey etc.) Your next stop will be at the famous hardened lava flow originated by the 1992 eruption, when the lava flow stopped only 700 metres off the village centre, on 27th May 1992. 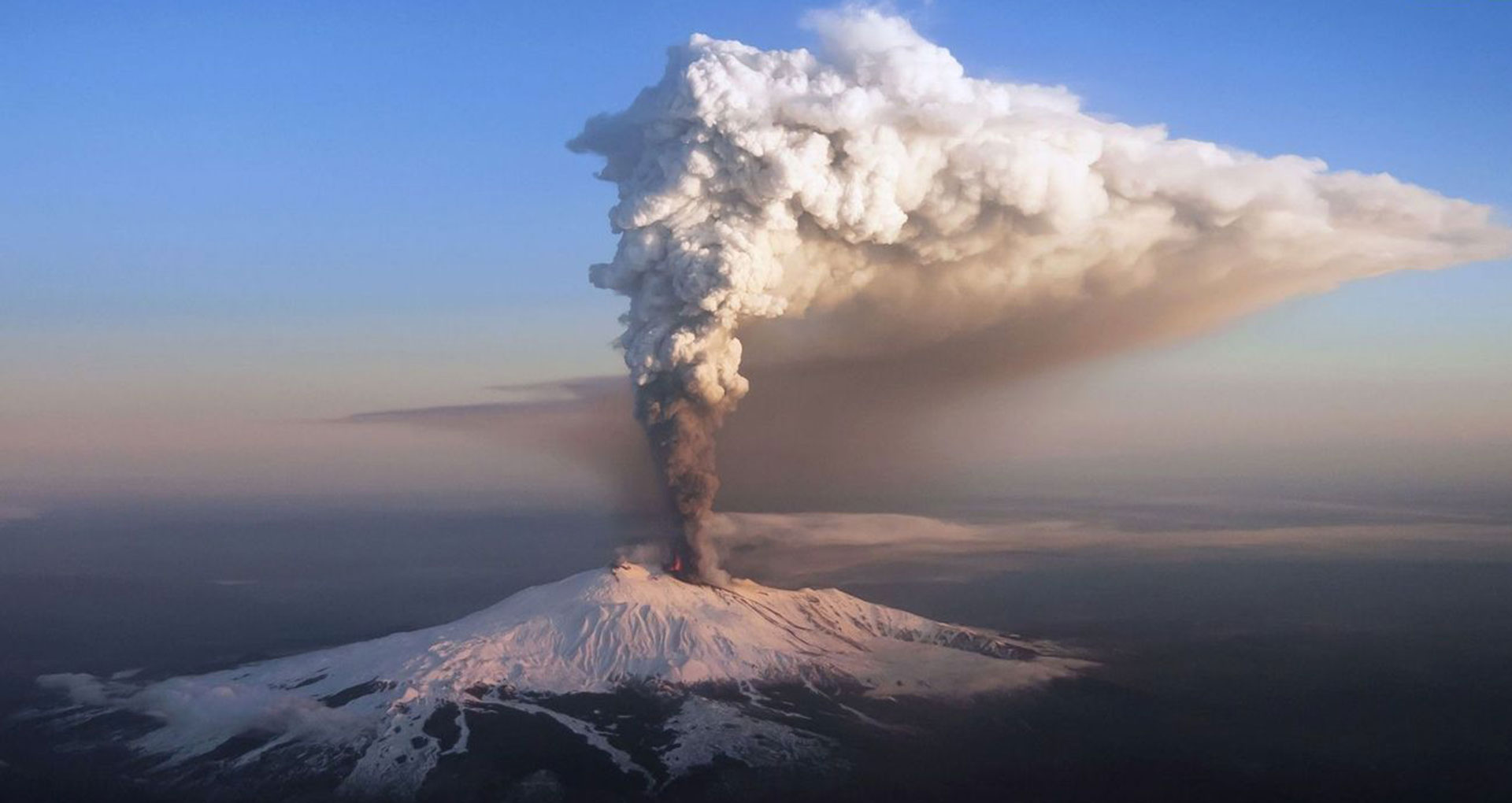 The statue can still be seen right where the lava flow stopped.  Your driver will take you further up the Etna slopes, driving by other flows of hardened lava and extinguished craters and will stop at the Rifugio Sapienza, on the southern side of the mountain, at the height of 1910 metres a.s.l.

Once there, you will be able to take a walk around the Silvestri Craters, which originated in 1892. Enjoy some free time to have a drink or a coffee or browse the souvenir shops where you can find all sorts of handcrafted lava souvenirs. Weather permitting, you will have the possibility to buy tickets for the cable car ascent (tickets not included) up to 2,900 mt and enjoy breathtaking views.

We will then proceed to the Alcantara Gorges. These impressive basalt formations originated when hot lava touched the cold waters of the river. The gorges, located in the Alcantara Valley between the villages of Castiglione di Sicilia and Motta Camastra, look like a natural canyon that the river has carved over the centuries by running through the lava stone. In some points, the canyon walls reach a height of 25 metres (82 ft) and a width of 4-5 metres.

Once you get there, you can choose between visiting these 8,000-year old gorges by taking the numerous public steps and buying a ticket to access the Parco Botanico e Geologico delle Gole d’Alcantara (Botanical and geological park of the Alcantara gorges). Facilities like public restrooms, restaurants and elevators to the narrow beach at the bottom of the canyon are available on site.